Live Review: Christine and the Queens with Lemolo at Showbox at the Market 10/19/16

"You're born naked and the rest is drag." That's one of several RuPaul quotes that Héloïse Letissier has written on her wall, and it encapsulates, in such fitting form, the spirit of her musical identity as Christine and the Queens. A stage identity apart from herself, Christine is a reflection of Letissier with unshakeable confidence, who has shrugged off the judgments and expectations of the world to embrace love and acceptance above all else, particularly of herself. Letissier's message is an explosive one, ready to spontaneously whenever the flame creeps close enough. In this, there is no surprise whatsoever that she's seen such rampant success in the past year. She jumped on stage with Madonna last December, only a month after the English language version of "Tilted" was released. With "Tilted" topping so many year-end lists, the subsequent English language release of Christine's eponymous LP was met with universal praise. It's been a long wait since February, but finally, this fall, we get the first North American headlining tour from Christine and the Queens, and holy hell is it spectacular. The character that Letissier has created in Christine is manifested in utmost form on the stage, and the message she brings to every listener is life-giving. Together with Seattle's own Lemolo, Christine brought love abounding to the Showbox.Meagan Grandall knows a thing or two about the character possession that Héloïse Letissier pulls off so eloquently on stage. As Lemolo, she has given Seattle two excellent LPs, including the evocative Red Right Return, which Grandall showed off in great form at our Dexter Campus late last year. But much like Christine, there's a stark separation in experience with Lemolo on the record and on stage. While Red Right Return is a moving and transportive work, witnessing Grandall construct in onstage together with drummer Adrian Centoni is a real delight. The two have no problem filling the vast space of the Showbox with whirling, captivating melody. Whether it's crouched over her shimmering guitar or assembling vocal loops and arpeggios from her keyboard, Grandall's presence in this space is all-encompassing. Playing a solid 45 minute set, Lemolo guided the audience to their melancholy watercolor world for a lovely tour before Christine took to the stage for a party. Make sure to grab tickets here to catch Lemolo with a full string section at St. Mark's Cathedral on Friday December 2 (NAVVI and Loch Lomond will also play). 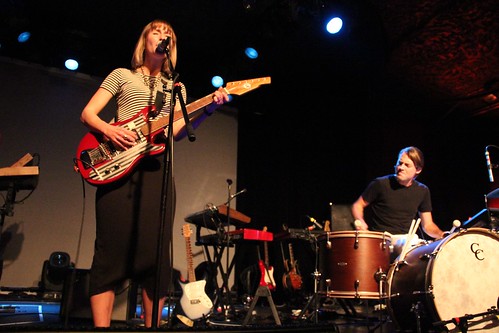 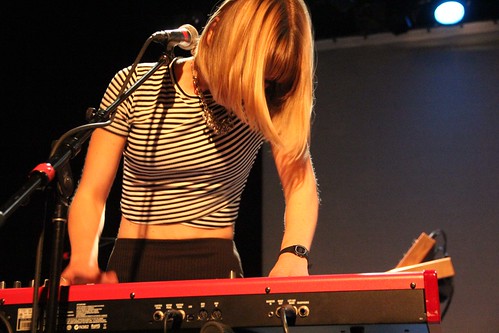 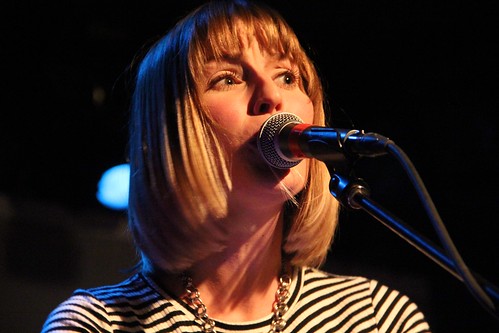 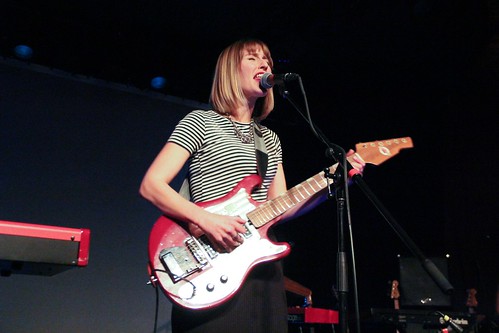 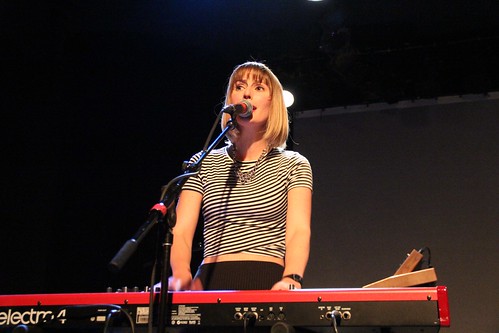 Christine bravely make their entrance with "Starshipper", a track that their American audience might not know nearly as well as those back home. It's a soaring number from their French-language debut LP Nuit 17 Á 52 from 2013. While most of the lyrics might be lost on an English speaking crowd, the driving, triumphant melody couldn't be lost on anyone, and furthermore, the real message to drive home is spoken in English. "If everyone is a disguise", Letissier sings, "I'll choose my own way to arise". Her declaration is accompanied by perfectly coordinated dancing in a striking, pseudo-militaristic fashion. As the song booms on, the chorus is cut down to size. "I wanna be a starshipper... I wanna be a star". In only three years time, Letissier is nothing if not a star, and in Christine, the identity with which she's chosen to arise is a well loved and lauded character. "Starshipper" is followed a few songs later by "iT", the first track from her latest LP, in which the star-filled declarations continue. "She's a man now", the whole band sings as the song cascades over the audience, "and there's nothing they can do to change her mind". Letissier wraps up the dance sequence miming the strong man, flexing biceps with the screwed up face and all the conviction and determination in the world. She explains the song afterwards, about how her greatest dream was always to be a little boy with all his hopes and aspirations that don't belong to girls in a world shackled with patriarchy. But Christine breaks the bonds and shows another path, one that isn't vengeful, but rather, a fuller embrace of all we have to give. And with every passing dance number, she gives and gives and gives.

Christine's set is transformational, as liquid in its identity as it is in its location. She takes us to a French discotheque on "Science Fiction", which breaks into fantastic French house jam towards the end. She gives us an international medley with "Paradis Perdus", which mashes the Christophe classic against Kanye West's "Heartless" (fitting, as he played only a few blocks away at the Key Arena the same evening). She gives us a completely different flavor of dance and choreography with the Tunji Ige featuring "No Harm Is Done". All the while, Letissier possesses Christine with fervor, so lost in the show it feels like she could have played for an empty room and still been content. But of course, the Showbox was far from empty, and the audience soaked in every moment. "This world is so straight", she said with a shout to a room full up of people from all backgrounds and walks of life, "and we need to find a way to live in it even if we're a bit tilted". The room goes up in astounding applause. As Christine and her dancers break into a pitch perfect recreation of the song's music video, the room is a blur of dancing and ecstasy. In this moment, it's easier than ever to see why so many look for themselves inside the character that is Christine. "Tilted" is one of the most loving and inviting pop songs to come out in recent history, and it asks every one of its listeners to dare to be brave in loving themselves and those around them. To quote Letissier quoting Sharon Needles from RuPaul, "When in doubt, freak them out". Do your face with magic marker and be in your right place. That's where Christine wants to meet you.

Christine and the Queens: 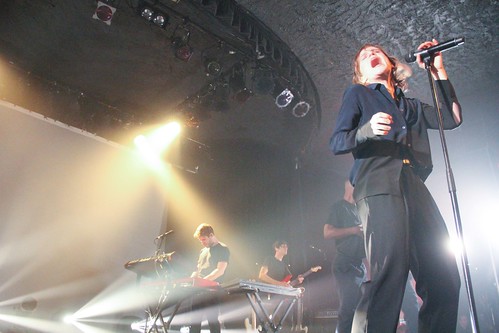 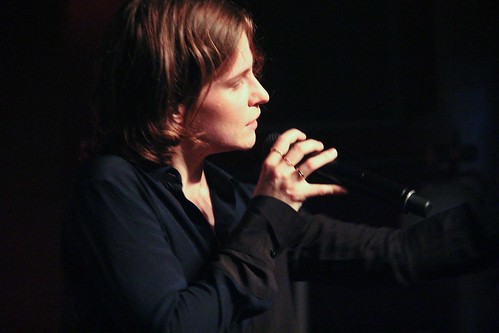 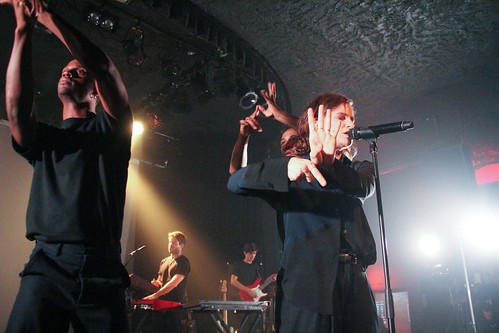 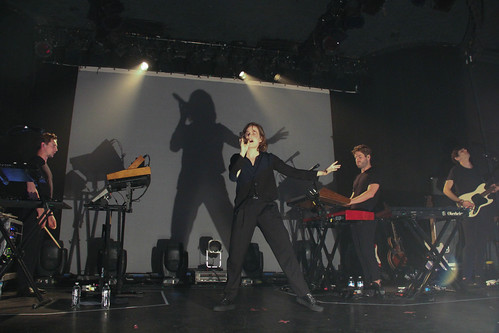 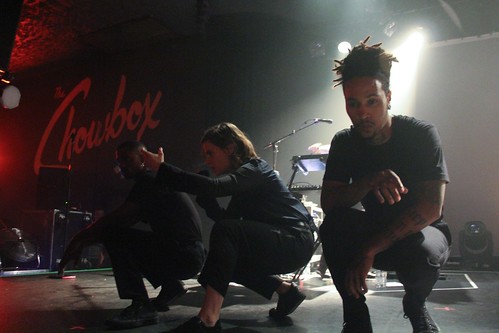 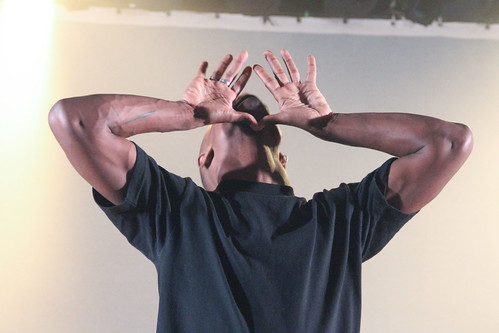 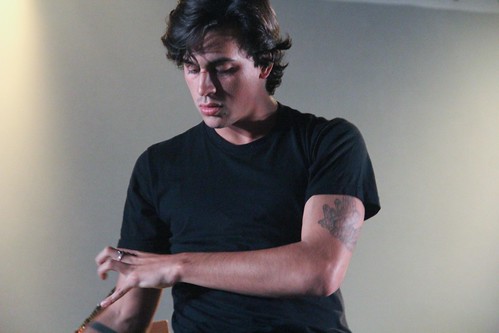 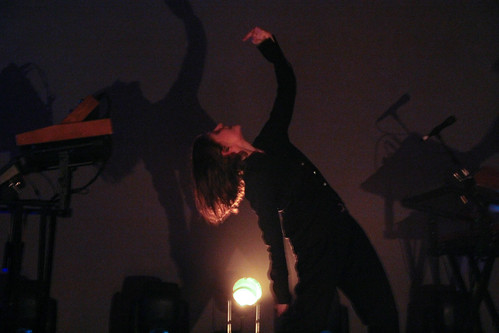 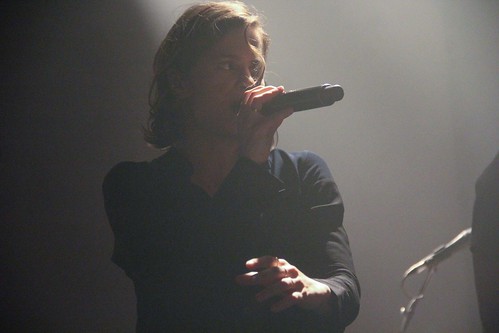 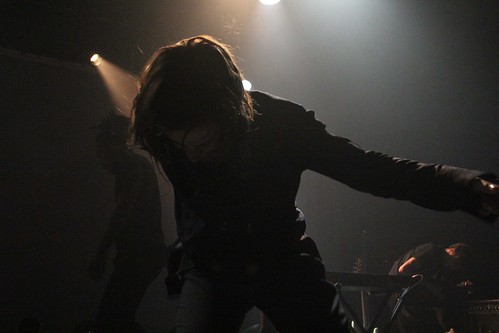 It’s a fact proven time and time again by the emerging stars of our time - if you pay close enough attention to the masters, eventually, their greatness will rub off on you. Tonight at the Crocodile, the two stars of the evening had, at the very least, one master in common: Prince. Tributes to th...

To know Kanye West is to love him, but to be in an endless mosh pit fifteen feet under him is something even more. It's limitless devotion to the church of Yeezus. It's agreeing wholeheartedly when Ye compares himself to Steve Jobs, Walt Disney, or, most notably, God. And in turn, much like I Am ...

Back To All News