Watching Sunna Fridjons perform on the Kex Stage at Iceland Airwaves 2019, you would assume she’d been composing her whole life. Her twisting, turning, atmospheric arrangements exude sophistication and an aura of mystery. But while she’s studied classical performance, it wasn’t until 2018 that she released her first original material with her debut Enclose.

After instruction from Icelandic songwriter Petur Ben and working directly with Seabear’s Soley, Fridjon’s began to come into her own. In her lush, sprawling arrangements is an embedded sense of comfort. Healing is an important factor to Fridjons – whether it’s in her music or through the Reiki and ASMR work she does on her YouTube Channel.

After her set at Kex, we caught up with Fridjons to learn more about her artistic journey and finding confidence in her voice and work. Watch her performance and read the interview below.

KEXP: So you studied classical performance and now you're making more experimental dream-pop. What brought you from that music to what you're doing today?

Sunna Fridjons: I think it was always a dream of mine to be a singer and to just be on stage with a microphone and just creating. It's always been a part of me. I've always written songs since I was little. And then when you're in a music school from when you're seven years old and you just kind of get into that way of life when it's just all about the instrument, it's a lot of work. You're in school and then you're in the music school... You just kind of learn what you're supposed to like and what you're supposed to do, of course, if you would just continue on that path. I loved doing that, too. I guess I just never gave myself the space to be the singer, the creator, as well. It was probably just fear and a mixture of a lot of things. I never just fully stepped into it. It wasn't until a year into my university [education] that I just... You know, there was a time when I woke up, my body just kind of gave up because there was too much. It was a lot of stress. I was rehearsing so much. I was just always trying to prove myself more and more. And I realized that I wasn't doing it for myself. Then I was asked myself, "OK, what is it actually that I want? Because even though you love practicing on your instrument, it's like this classical world... you have to kind of fit into that." At least that's how I felt. And I just decided that I didn't want to be a part of that world anymore.

For me, it's like this new world. I guess it's kind of like when you escape into music a little and you're just like there lost in like some world. When I get things the way I want them to be, then that's the feeling. It's like you're in this kind of like this dreamy, somewhere else. You're not here.

You just released your debut album Enclose last year. Tell me about the writing process and recording of that album.

When I started this, [I was] like, "Okay, I'm finally gonna write. I'm just gonna do this." It was a part of my studies, finally, and I was doing songs and I was singing. I was always writing so much, so many notes on the piano, and I was like, "Ah! I need some space to also do instrumental pieces." I discovered that I love writing that and I love arranging for other instruments. And then I realized, wow, this classical background is such a big part of me. It's so good to feel like it's not like I just quit that and started something new. It's intertwining now. So I just allowed myself to be in both places to introduce a little more simplistic, kind of poppy vibe into my classical expression. It just felt really natural to go between instrumental piece to a song. It felt like this whole circle coming together. And that's the word – enclose, the [album] name. I had an extremely good teacher, Petur Bun, who's a singer-songwriter and composer. He is such a good teacher in a way that he pushes your buttons and he made me go out of my comfort zone and just try stuff out. Also being a really big critic. I guess it was this one big feeling of going out outside of my comfort zone. It was the first thing I was really writing, like as an adult. I hadn't written anything and finished it and actually arranged it and have people play it. It was always just something sitting in my computer or on paper. It wasn't real. But this was like, okay, I'm actually doing this. It felt big. So I just did it. And the recording process, Soley, she was also brought into our program in the art school here, the music school. Then she was helping me out with the writing of the songs.

Enclose is my graduation project, not the album, but just the piece. It was my graduation piece as a composer, singer, songwriter, performer. I guess it was the first [time] ever in that school that somebody did that as a final project without it being a total classical composition. Then after that, Soley pushed me there. She was like, "Hey, why don't we just try to record it and make it into an album?" I really needed that because I wasn't there yet to take that space, you know? So she totally pushed me and helped me. We just recorded it in her basement and her friend Albert [Finnbogason] who mixes her and plays with her a lot, he recorded the acoustic instruments for us. So it was a bunch of people's just giving us favors and helping out. Without her, I wouldn't have done it until maybe now. 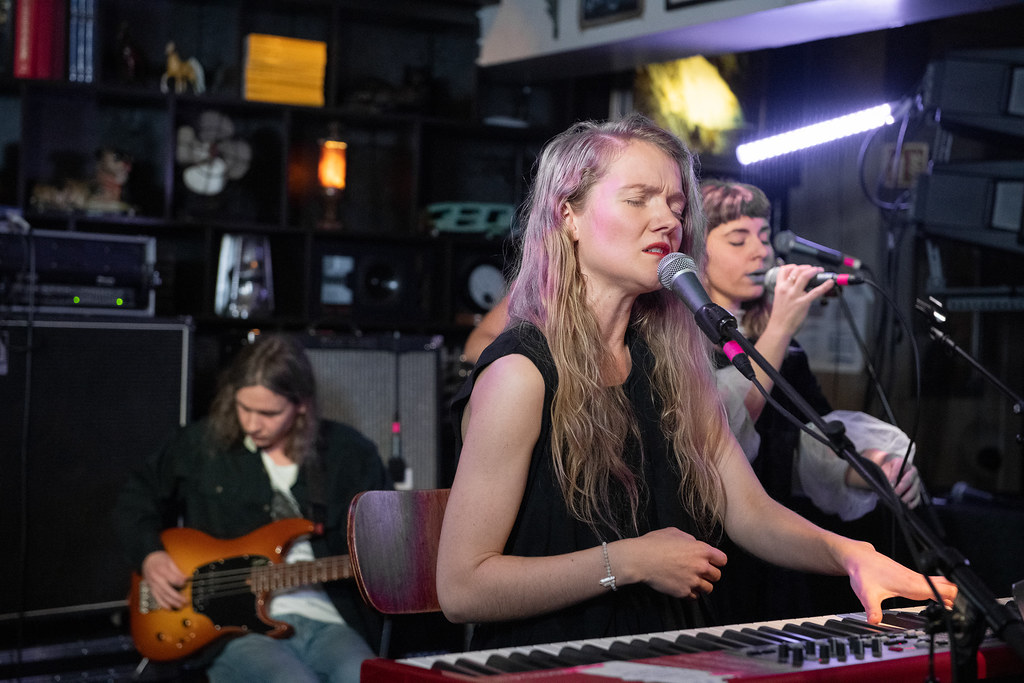 I think it's definitely very tight. You just have to have the courage to ask people for help. I think I'm learning that a lot now. There was a time, months where I was just questioning everything. But I think that's just in my own head. And then when I finally just spoke up and I'm like, "oh, I don't know what to do next," everybody is willing to help. It is a big, friendly community here.

You have a YouTube channel where you practice ASMR and Reiki, which is a Japanese stress-reducing technique. Could you talk about those practices and what you hope to achieve through this work that you're doing?

Oh, it's so fun that you're talking about that [laughs]. Yeah, it's my other passion. I've grown up with anxiety all my life. I'm this natural researcher so I just kind of delve into and just figure stuff out. I've always been a very sensitive person as well and sensitive to energy and drawn different Chinese medicine and all that. Reiki just kind of came into my life. A friend of mine was doing a course, so I did it and I just found that some kind of a calling to it. It's amazing how it relieves anxiety and depression and aches. The cool thing is that it works through time and space so you can do it through a video and people can be at home, get into a deep relaxation and or get relieved of an anxiety heaviness that has been on them for weeks or months or something. I think that's an amazing thing. I also just love expressing through other media. So through video, I just kind of figured out that, oh, wow, I'm such an expressive person I love finding out that I can do it through different mediums and different things. I just realized when I was experimenting with this that I love doing it. To know that it's helping thousands of people is awesome.

That's amazing. ASMR, I know that's a lot of very soft tones and soft speaking or certain natural sounds that give a sensation to people – a lot of times in their scalp, I believe. Do you know much about why those reactions happen with those types of sounds? Do you enjoy expressing yourself through these soft sounds?

I think that we are just really sensitive and I think everyone is way more sensitive than they think. I have not delved into what ASMR is. The thing is that I just realized that my style fell into that category and I loved just doing like super slow-paced healing sessions. All of that just made sense to me that it makes people relax more. And sounds sound is my world [laughs]. So using sounds and sounds healing and all that, it just made sense to me to do everything that falls into that category of ASMR. Then I realized, "Oh, it's called this thing!"

It's incredible looking through some of the comments on your videos, I've seen people say like, "Wow, this helped me process something from my childhood" or "This gave me some peace and healing." Is healing an important part for you in your work in general?

Yes, it's a big thing in my life and it's what I have to work on every single day, just coming from this broken family dynamic and dealing with something new coming up to the surface like every single month. It's like a constant... I don't want to say the word struggle... I love also just finding out these techniques. The word healing, it doesn't have to be this energy healing. Everything that makes you let go of something that you've been holding on that isn't serving you is healing. So like all of us have to let go of some shit. I'm fascinated by that subject. And it's an ever-evolving, changing thing. 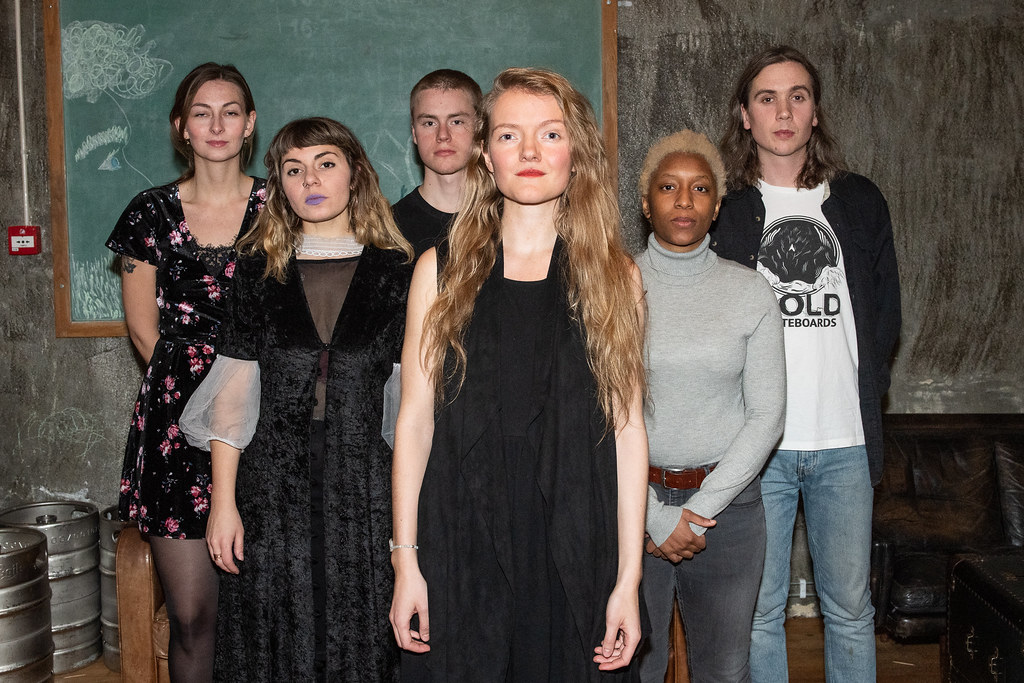 Girl In Red on Fingerboarding Passion, Her Love of Taylor Swift, and Her Ambitions to Take Over The World (Video + Interview)

Back To All News